No Drone Zone For Those Attending the Super Bowl 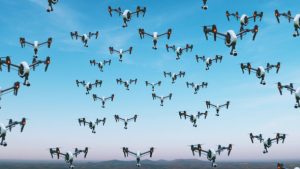 The Federal Aviation Administration’s (FAA) latest public service announcement is a reminder that the airspace around NRG Stadium in Houston is a No Drone Zone for the Super Bowl.

The FAA produced a 20-second video that tells people to bring their lucky jerseys, face paint and team spirit to the game – but to leave their drones at home – because the stadium and the area around it is a No Drone Zone. The agency is promoting the video on Twitter, Facebook, YouTube and the FAA website.

“Drones are becoming much more popular, but they also pose certain safety risks,” said FAA Administrator Michael Huerta. “We’re working closely with our safety and security partners to spread the No Drone Zone message as widely as possible.”

Watch the video on the FAA YouTube Channel: The Super Bowl is a No Drone Zone: https://youtu.be/7LZJTl2brq0.

The FAA is committed to working closely with our unmanned industry partners to educate people about how to fly safely. Two of our key initiatives are the unmanned aircraft registration requirement and the Know Before You Fly campaign.