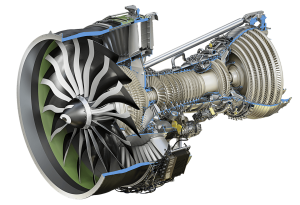 Beginning in January 1, 2018, the FAA will require newly designed aircraft to be quieter which will help toward lowering noise around airports and surrounding communities.  Called “Stage 5 Airplane Noise Standards,” this FAA rule ensures that the latest available noise reduction technology is incorporated into new aircraft designs.  As a result, new airplane type designs in the subsonic jet airplanes and subsonic transport category large airplanes will operate at least 7 decibels (dBs) quieter than airplanes in the current fleet.

The FAA is committed to reducing aircraft noise through a “balanced approach” through the reduction of noise at its source (i.e., the aircraft); improved land use planning around airports; and, a wider use of aircraft operating procedures and restrictions that abate noise.

“Reducing aircraft noise is important to the FAA because it’s an important quality of life issue for surrounding airport communities,” said FAA Administrator Michael Huerta.  “We will continue to do our best through new technologies, procedures, and community engagement to make aircraft operations quieter.”

The FAA continues to meet its reduction in aircraft noise and other environmental aviation goals through the Continuous Lower Energy, Emissions and Noise (CLEEN) Program.  CLEEN is the FAA’s principal Next Generation (NextGen) environmental effort to accelerate the development of new aircraft, engine technologies, and advance sustainable alternative jet fuels.

The new Stage 5 rule was published on Wednesday, Oct.4 in the Federal Register