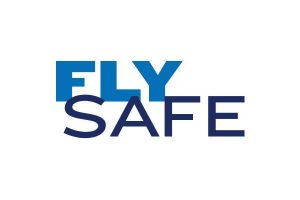 The Federal Aviation Administration (FAA) and the general aviation (GA) community’s national #FlySafe campaign is designed to educate GA pilots about the best practices to calculate and predict aircraft performance and to operate within established aircraft limitations.

What is Loss of Control (LOC)?
An LOC accident involves an unintended departure of an aircraft from controlled flight. LOC can happen when the aircraft enters a flight regime that is outside its normal flight envelope and quickly develops into a stall or spin. It can introduce an element of surprise for the pilot.

This month we’re focused on Vmc, which is the minimum control airspeed. Aircraft control cannot be maintained below this speed if the critical engine fails under a specific set of circumstances. Minimum control airspeed is marked as a red radial line on most airspeed indicators. The blue line that is found on many airspeed indicators is the best single engine rate of climb speed. It’s good to be at or above this speed whenever possible, in order to give you some climb performance if an engine should fail.

Engines that rotate clockwise from the pilot’s perspective, like most U.S. aircraft, will produce greater thrust on the descending propeller blades when the aircraft is flown at a positive angle of attack. Because there’s a longer moment arm associated with the right engine, the yaw will be harder to manage if the left engine fails.

Practice! Too often, pilots will practice Vmc before their checkride and then neglect to continue practicing for real-life situations. To stay fresh, meet with your instructor and practice a Vmc demo or two. It will also give you the chance to review some of the unsuspected conditions.

Angle of Attack (AOA). This is the angle between a plane’s wing and the oncoming air. If the AOA becomes too great, the wing can stall and lose lift. If a pilot fails to recognize and correct the situation, a stall could lead to loss of control and loss of altitude.

More than 25 percent of general aviation accidents occur in the maneuvering phase of flight, and half of these accidents involve stall/spin scenarios. Stalls can happen during any phase of flight, but they are critical when planes are near the ground during take-off and landing, where there is less room to recover.

What is an AOA Indicator? Use of an AOA indicator can help prevent a stall because it gives you a more reliable indication of airflow over the wing, regardless of its configuration. An AOA indicator can help when it’s used with airspeed and existing stall warning systems. It can use audio and/or low cost stick shakers to get your attention.

Where Can I Get One? AOA indicators are available for general aviation aircraft. If you do install one, make sure you’re familiar with its operations and limitations. Remember to keep your skills up through practice of stalls and slow flight, as well as pattern and instrument work with your CFI. Be sure to document your achievement in the Wings Proficiency Program too!

Message from FAA Administrator Michael P. Huerta:
The FAA and industry are working together to prevent Loss of Control (LOC) accidents and save lives. You can help make a difference by joining our #Fly Safe campaign. Every month on FAA.gov, we provide pilots with Loss of Control solutions developed by a team of experts – some of which are already reducing risk. I hope you will join us in this effort and spread the word. Follow #FlySafe on Twitter, Facebook and Instagram. I know that we can reduce these accidents by working together as a community.

More about Loss of Control

Contributing factors may include:

The FAA has streamlined the AOA installation process for small aircraft.

This NTSB Safety Alert has lessons learned information that can be critical to your safety.

The WINGS Pilot Proficiency Program helps pilots build an educational curriculum suitable for their unique flight requirements.  It is based on the premise that pilots who maintain currency and proficiency in the basics of flight will enjoy a safer and more stress-free flying experience.