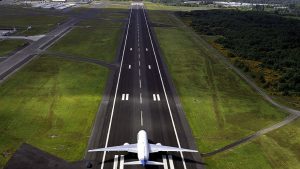 January 17, 2017- The Federal Aviation Administration will hold webinars and public workshops between January 18 and February 8 on upcoming airspace improvements that will occur throughout Southern California. The improvements are part of the Southern California Metroplex project, which will replace dozens of existing conventional air routes with new satellite-based routes. The FAA undertook the project to improve airspace safety and efficiency. The agency decided to move forward with the project in August 2016. The FAA is implementing the project in phases between November 2016 and April 2017.

Please note that the upcoming webinars and briefings will address only the improvements that are occurring in March and April 2017. We held webinars and public workshops last fall for the procedures that we implemented in November 2016. The fall 2016 webinars, as well as PowerPoint presentations, can be viewed here:http://www.metroplexenvironmental.com/socal_metroplex/socal_media_library.html

The workshops will be open-house format, where people can attend anytime during the posted times to learn about the changes. FAA representatives will provide information on the project and be available to answer questions.

Free parking, as well as street parking, will be available at all locations. Spanish interpreters also will be present.

Access links and dial-in information for all the webinars is available here: https://www.faa.gov/nextgen/communityengagement/socal/

To learn more about the project, please visit: http://www.metroplexenvironmental.com/socal_metroplex/socal_introduction.html